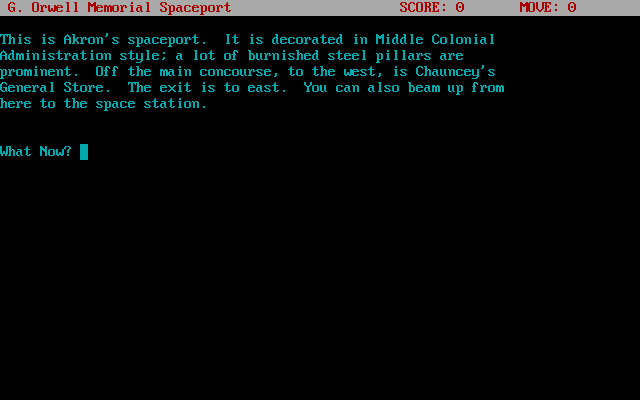 Wraith Blaster is a space trading game with a text adventure interface. You begin the game at the start of a career in interplanetary trade: you have just purchased your very first spaceship, and you have 200 space-credits to your name. The aim of the game is to turn that into 30,000 space-credits, attain the rank of Master Trader, and find a good place to settle down and retire. There are a number of specialized commands, explained in the instructions, for controlling your ship (such as "ORBIT', "DOCK", "FLEE") and getting status reports (such as "CARGO", "SENSORS", "ENERGY"). The game also uses "UP" and "DOWN" commands to mean teleportation between a planet's surface and orbiting space stations, as in "beaming up"/"beaming down" in Star Trek.