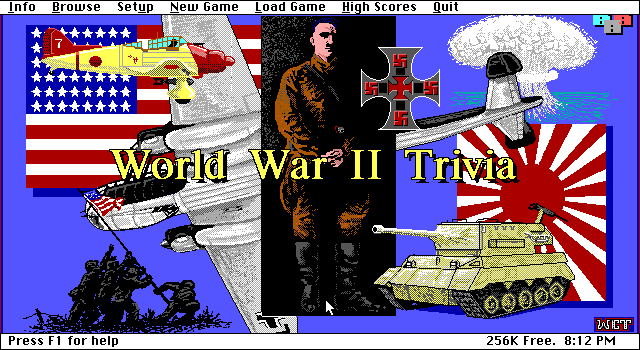 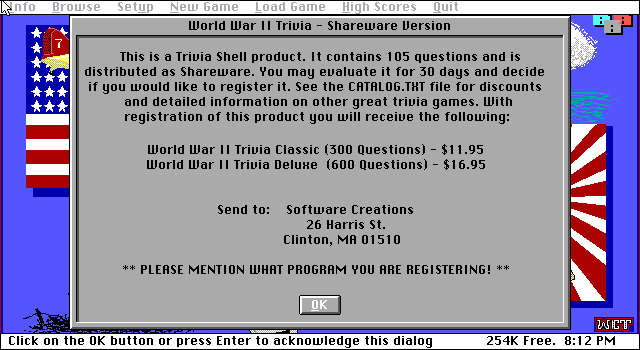 World War II Trivia is a shareware, or "try before you buy", quiz game for up to four players. This is a 'Trivia Shell' game meaning that the basic software can be applied to many different subjects by changing the load screen and question packs. The game has three levels of difficulty which it applies to the same question pack. For example given the question "Where was the first major land action in the Pacific involving the Marines?" on the Beginner setting the player would be given the answer and True/False buttons; on the Intermediate setting the player would be given four choices; and on the Advanced setting the player would have to type in the complete answer. With multiplayer games it is possible to have players on different difficulty settings - useful when parents are playing against children for example. The game has a hint feature and a high score table that shows the top five scores for each difficulty setting. If the player answers five correct questions in a row they are rewarded with a bonus question. Games can be configured to be any length, the default is thirty questions, and can be restricted to particular topics. There is an optional hint feature. The shareware game has just 105 questions while the registered games have either three hundred or six hundred questions.