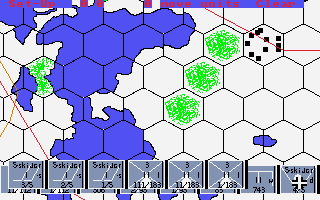 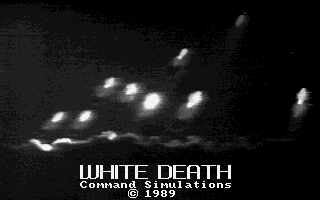 White Death is based on of the board game of the same name and deals with the fights around the Russian village Velikiye Luki in 1942. There are six scenarios, dealing with different phases of the fight, and the player either takes the role of the German or Russian side of the conflict. This is one of those game which try to simulate not only the scenario but also the warfare and its tactics as closely as possible. Shown from the typical top-down view on a map with hex grids, the player gives orders to the units through a menu system. The units are represented by icons which each have a little bar showing their strength and movement. Other examples for the things the player needs to take into account are morale, terrain, support and a tactical wise unit placement/movement.