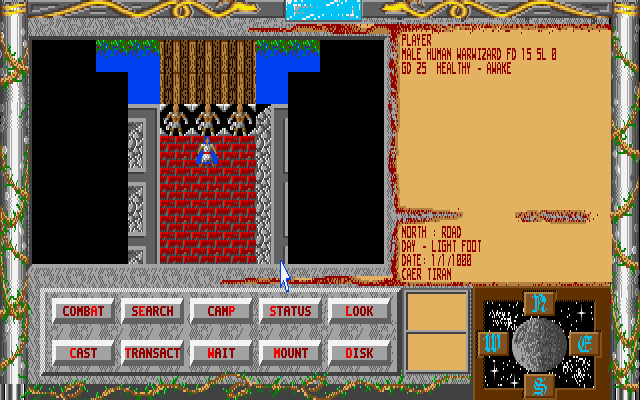 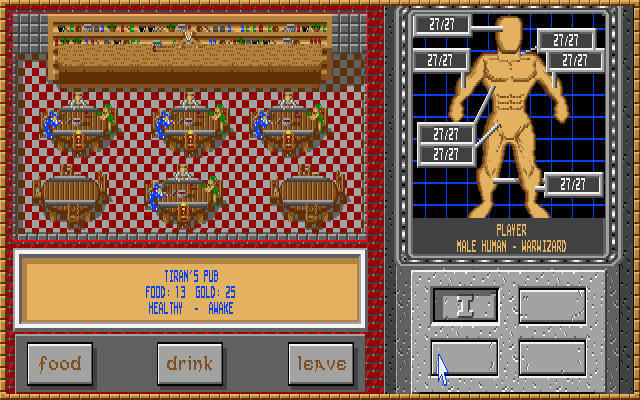 WarWizard is a role-playing game in a medieval fantasy setting. The player takes on the role of a WarWizard, a powerful character skilled both in combat and magic arts. As the story goes, a Dark WarWizard rose to rule the land. It is the player's task to recover the Ancient Armor that was used to defeat the previous dark WarWizard, and rid the land of the current menace. The player starts alone and must build up his skills and acquire equipment and resources. Eventually, up to three other characters may join the player's party. The game was distributed via the shareware model, with several complete quests included with the shareware version.