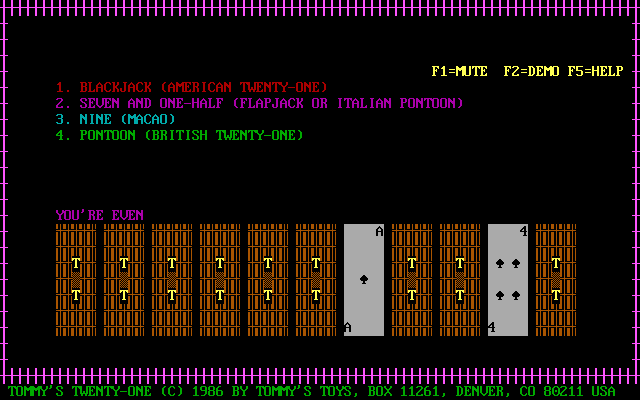 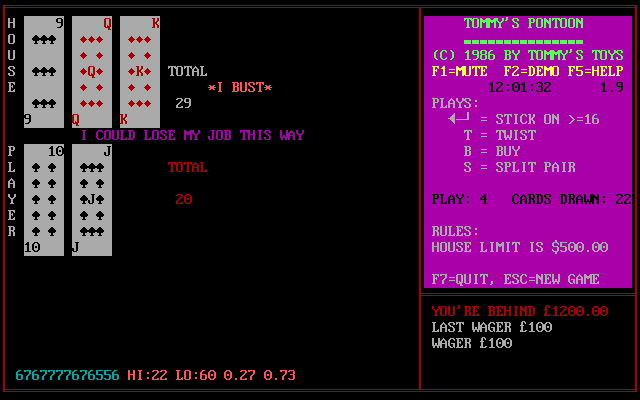 Tommy's Twenty-One is a single player blackjack game. It is entirely keyboard controlled and features four variations of the game: Blackjack also known as American Twenty-One Seven and One-Half, also known as Flapjack or Italian Pontoon Nine, also known as Macao Pontoon, also known as British Twenty-One The games are played with one or two decks and the stakes are US dollars for the first three variants and UK pounds for Pontoon. The player's pot is saved on exit but can be reset if necessary following a bad run. The game features: A demo mode where the game plays itself A speed control which shortens the time the on-screen messages are displayed A Peekaboo mode which reveals the top card of the deck, often considered cheating in the real world, this option is only available in the demo mode. Witty comments from the dealer at the end of each hand A Cardcount mode, considered cheating in casinos Changeable border colours and command line switches that will force either monochrome or colour displays and/or start the game with sound off