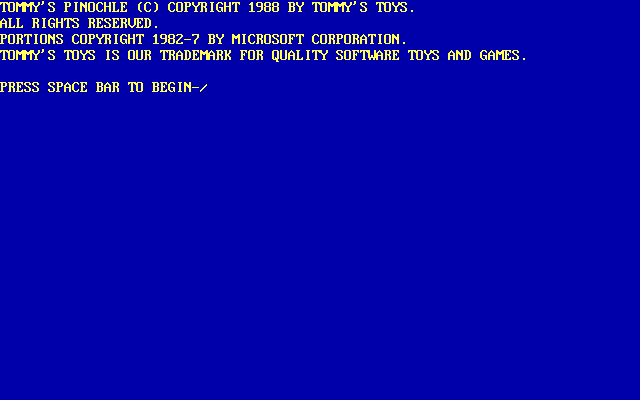 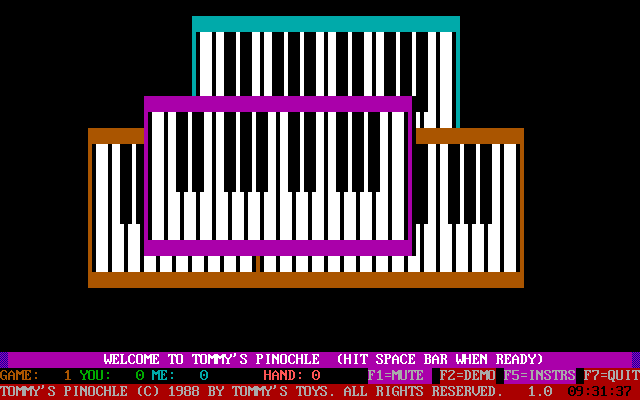 Tommy's Pinochle is a shareware, single-player card game. There are many variations of Pinochle. This implementation plays the two handed game, player vs computer, using two twenty-four card pinochle decks - standard decks where all cards below the nine have been removed. Points are won both for taking tricks and for making melds. Game options include: A standard game ends at one thousand points but this limit can be changed to any value between five hundred and thirty thousand. Tommy's Pinochle has three different ways to score the trick taking points A pop-up meld table display The speed at which the computer plays can be varied The game is entirely keyboard controlled. It has optional basic sound effects, a demo mode, and command line switches to start the game with sound turned off and to force either a colour or monochrome display.