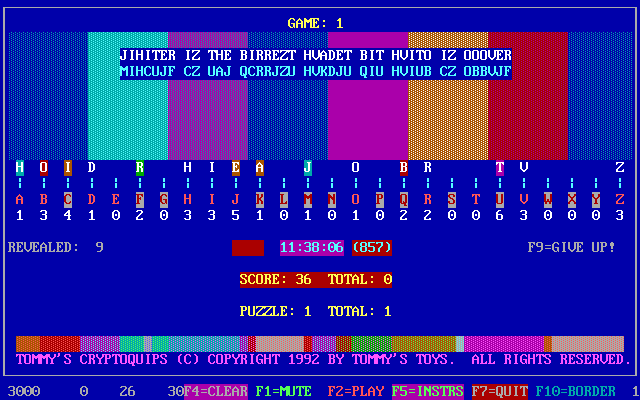 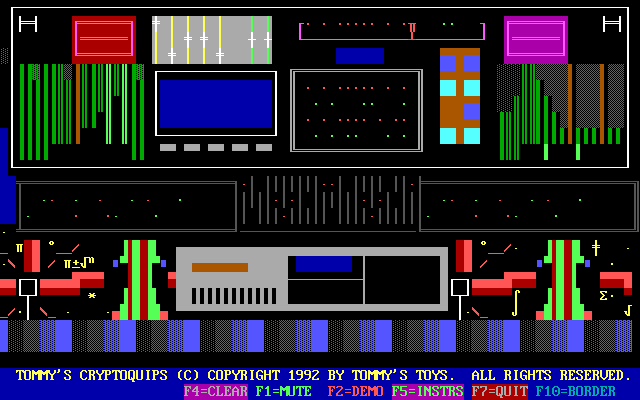 Tommy's Cryptoquips is a shareware code breaking game that is based on the 'Cryptograms' that are popular in some newspapers and puzzle books. The game displays a quotation that has been encrypted by a form of letter substitution code, and the player's task is to decode it. It can be played as a single player game or as a team game for two to six players. Every quotation comes with at least one letter decoded. The game is entirely keyboard controlled. It has a demo mode which displays coded quotations but does not attempt to solve them, basic sound effects and command line switches to start the game with sound turned off and to force either a colour or monochrome display.