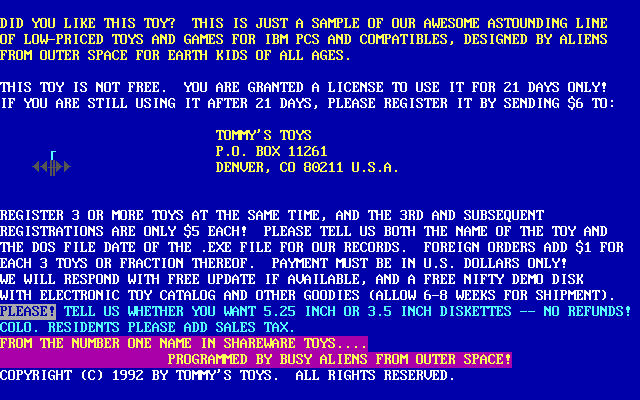 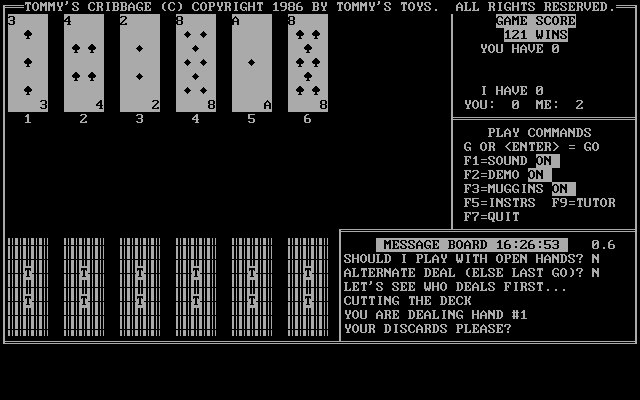 Tommy's Cribbage is a single player, shareware implementation of the popular card game in which the player takes on the computer. This implementation features both five and six card versions, the five card version is played to sixty-one points and the six card version is played to one hundred and twenty-one points. The game features an optional Muggin's option which, when enabled, means that if the player claims less points that they have actually scored the difference is credited to their computer opponent. The game also has a feature called Lurching whereby if a player wins a five card game with a score of sixty one he wins one game if the other player scores the lurching point of thirty-one or more and two games if their opponent scores less than the lurching point, in a six card game the lurching point is ninety-one. As with most of Tommy's games it uses character graphics and is entirely keyboard controlled. It has basic sound effects and command line switches to start the game with sound turned off and to force either a colour or monochrome display.