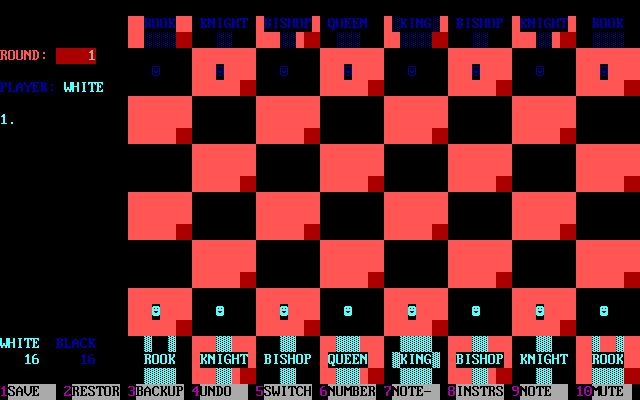 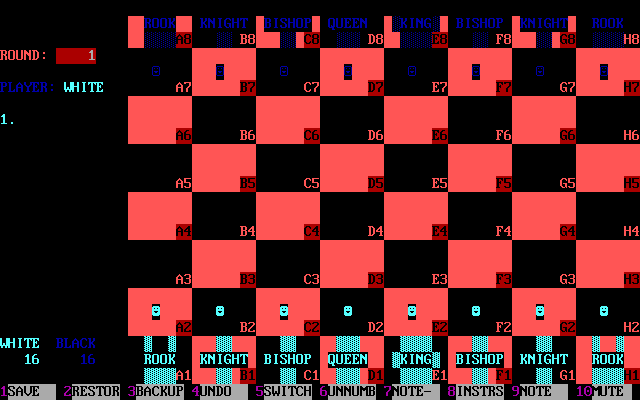 Tommy's Chess Set is a shareware, chess game which uses character graphics. It is fairly natural when thinking about chess games to think of programs like IBM's Deep Blue and others of its kind, games that play chess well enough to give anyone from an amateur to a grand master a good game. Tommy's Chess Set is not that kind of a game as it does not actually play chess itself. What it does is give the player a computerised chess set with which they can play against another player on the same, or another machine. Alternatively a player can set up a board representing a chess puzzle or a famous game and play it to its conclusion. The game uses standard chess notation and has save and restore functions as well as back-step and undo back-step functions. Players can also add their own notes to each move and review these when replaying a game. The game is entirely keyboard controlled. It has basic sound effects and command line switches to start the game with sound turned off and to force either a colour or monochrome display