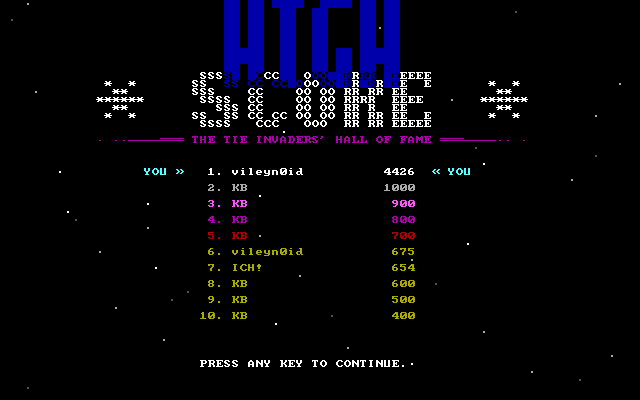 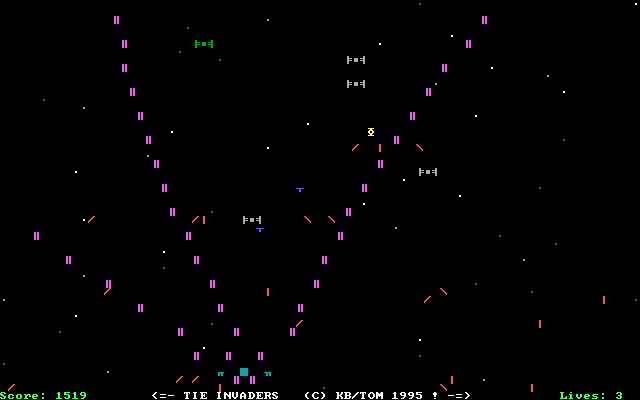 TIE Invaders is a simple, fixed-screen space shooter. The player takes control of a dinky, mobile cannon that can move left and right across the bottom of the screen. This unlikely defender finds itself harassed by a never-ending wave of alien intruders hell-bent on ruining everybody's day; these TIE fighters from space come in two main variants: smaller ones drop simple missiles straight down at the player, while their larger brothers prefer to fire three-way spread shots. There are no levels, just continuous action - more invaders arrive regularly to replace their fallen comrades. The player's gunner can fire continuously, and its weapon can be gradually improved by collecting power-ups. There are three lives to start with, plus a new one for every 1000 points. The game runs entirely in (80x50) text mode, although in demoscene tradition it's tweaked for special effects like screen fades and scrolling starfields.