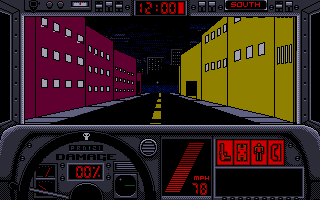 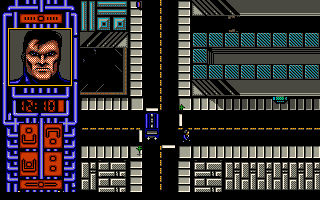 When his family was gunned down by gangsters, Frank Castle became The Punisher. As Judge, Jury, and Executioner, The Punisher is cleaning up New York City one dead criminal at a time. However, if he can raise $500,000, he can pay off an informant for the location of the biggest criminal in Manhattan, The Kingpin. Working with a time limit and financed by The Trust, he only has a short time to complete enough missions to raise that much money. The Punisher primarily plays from a top-down perspective, where the player moves Frank through the streets and alleys of New York, entering buildings and taking out enemies with a range of weaponry. He also drives to locations in his Battle Van, where the player controls the van from a first-person perspective, to the mission’s address. The game also has a scrolling mode when Frank scuba dives and knifes underwater assailants on the way to boats.