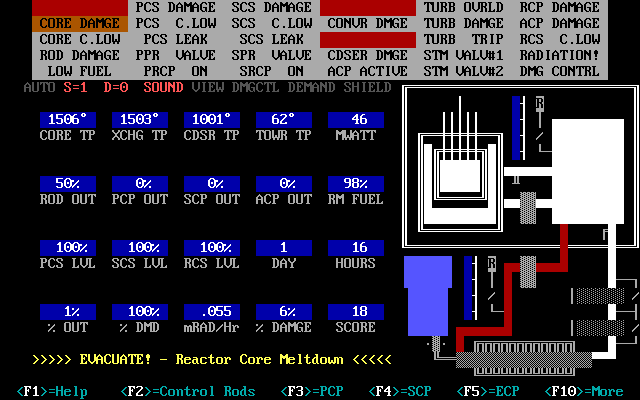 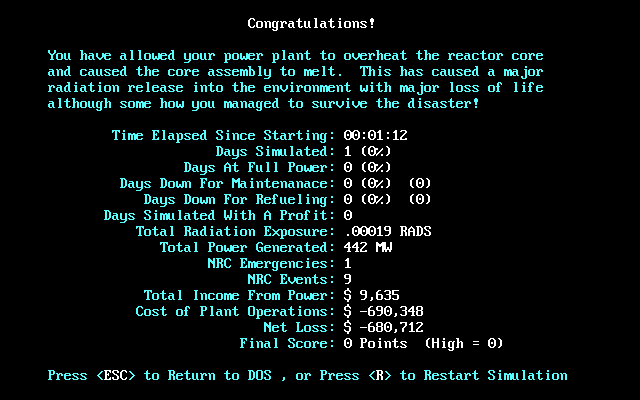 The Oakflat Nuclear Power Plant Simulator is a single player, shareware, simulation of the operation of a nuclear power station. The object of the game is to maintain a stable reaction and generate electricity by manipulation of the control rods and the primary & secondary cooling pumps. After each attempt the player is given a score based on how much power was generated and how long the reactor was running. The simulation has been in existence for many years and on three different platforms. Over time it has matured and increased in complexity to include among other things earthquake and other disaster simulations, and extensive controls, self test functions, and improved sounds. The current Windows release is designed to simulate a 1.5 GWe pressurized light-water nuclear reactor and adjoining power plant. It is operated by either the keyboard or a mouse or both to control rod settings, coolant pump rates, damage control, pressure release valves, reactor scrams, and much more and it maintains a log file so that the player can review the impact of their actions/inaction and make better decisions next time.