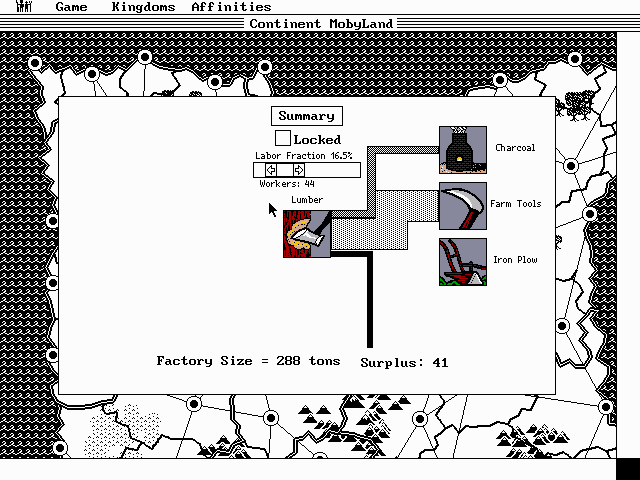 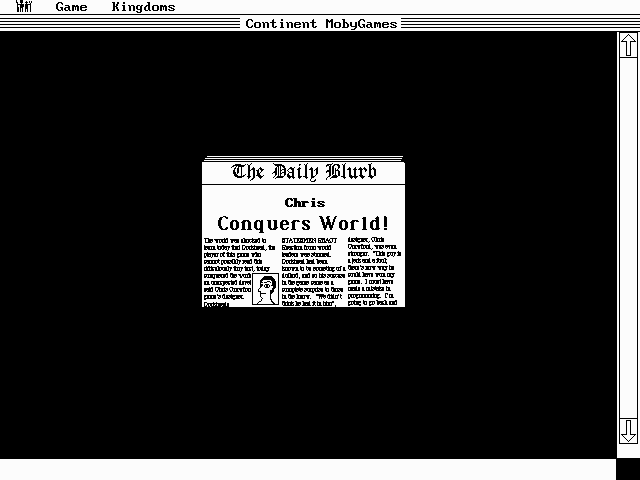 Following Balance of Power, designer Chris Crawford stuck to the big-picture approach but shifted the focus from power politics to macroeconomics. In a grassroots simulation of industrial production and allocation, players balance a country’s military and social spending to survive in an environment of fictitious nations competing for land and resources. Key element in the turn-based The Global Dilemma is a basic tree of industries such as coal mines, lumber mills or gunpowder factories. The entire production chain culminates in only two results: an increase in either military strength or population. Guns or butter. The careful balancing and channelling of the industrial production, stripped down to the most basic mechanics, is The Global Dilemma ’s fundamental challenge. A growing worker population is vital for the economy. A strong military is vital for conquering neighboring provinces, their resources and population. At the same time, rivalling countries threaten the borders, and troops must be deployed to the vulnerable spots on the map. Superiority in numbers wins the abstract clashes of armies. The expert difficulty level adds a diplomacy system in which nations form short-term economic alliances. The Global Dilemma sees Crawford refine his particular brand of socio-global simulations, reducing complex issues to basic cause-and-effects chains that have a distinctly educative edge. As usual, a well-written manual details the game’s mechanics. Crawford continued with Balance of the Planet (1990).