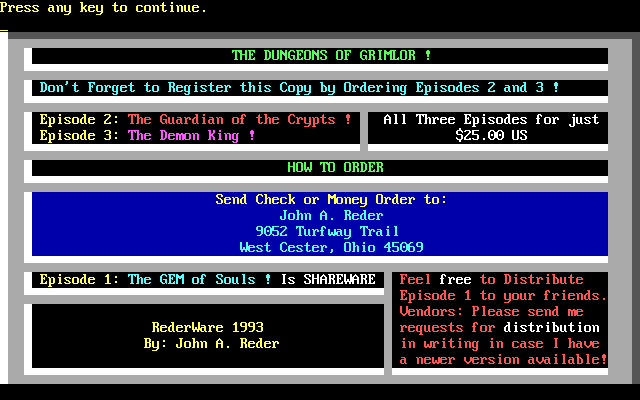 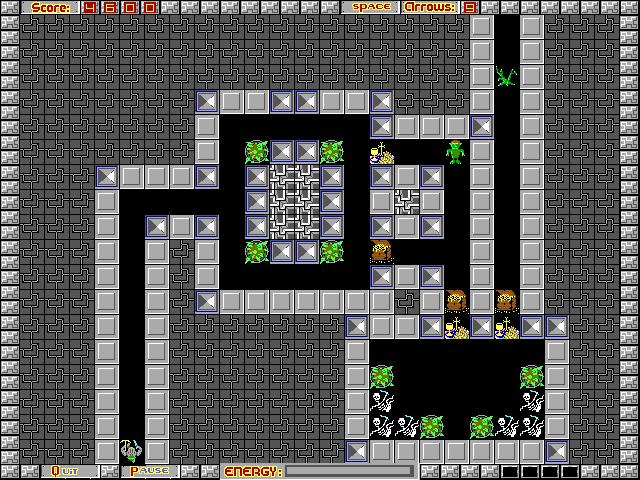 The Dungeons Of Grimlor is a shareware puzzle action game. The souls of all the children of Grimlor have been captured by the dragon that lives beneath the town. Naturally, the honour of entering the evil dragon's dungeon falls to Sir Merdimek, who is the most famous dragon slayer in the town of Grimlor. The story places the player in the role of Sir Merdimek to whom the task of navigating the dungeon's many rooms, collecting treasure and killing monsters has fallen. The full game consists of three levels; Episode 1: The Gem of Souls Episode 2: The Guardian of the Crypts Episode 3: The Demon King Episode 1 was released as shareware; the remainder were only available in the purchased version. The game can be saved at any point, however there is only one save slot available.