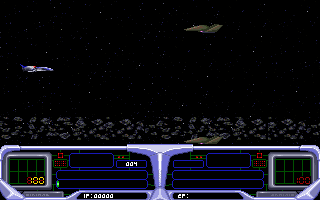 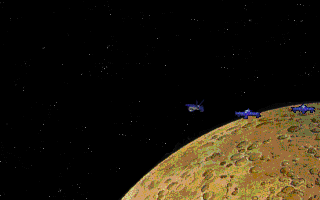 Icarus is (despite the number in its title) the third installment in the Korean-made series of horizontally scrolling sci-fi shoot-em-ups. Once again, Captain Lee and his friends must stop an army of mechanized creatures from destroying Earth. Power-ups either change the weapon's properties or enhance the current weapon by extending the shot, adding three-way fire, etc. Picking a different weapon, however, reverts to its default weak form. The player has a choice between two pilots, but their ships differ only in their default weapon. For the first time in the series, there is a two-player co-op mode. The two spaceships, controlled simultaneously, can be combined to form a giant mecha.