The Battle on the Black Sea | Play | Download | Fork 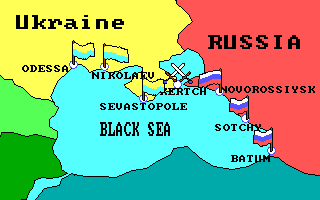 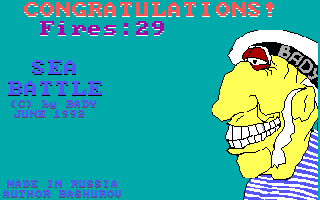 The Battle on the Black Sea is an adaptation of the Battleship board game, representing a fictional conflict between Russian Federation and Ukraine for the domination over the Black Sea after the U.S.S.R. collapse. Rather a parody of the collapse situation, the game puts the player in the shoes of the Russian fleet commander on his campaign to conquer the Ukrainian ports.