The Bard's Lore: The Warrior & The Dragon | Play | Download | Fork 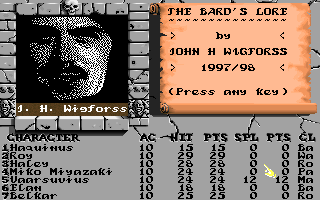 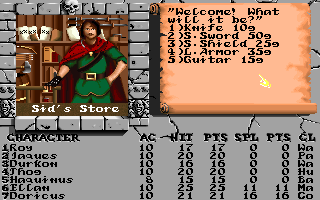 The Bard's Lore is a role-playing adventure created with the Bard's Tale Construction Set. Starting in the city of Lorraine, the player must assemble a team of adventurers and seek to complete the quest given by the king. The game retains the same playing mechanics as the original Bard's Tale but uses custom monsters and spells, as allowed by the Construction Set. While the game itself was always free, the spellbook and cluebook were originally provided only upon paying a registration fee.