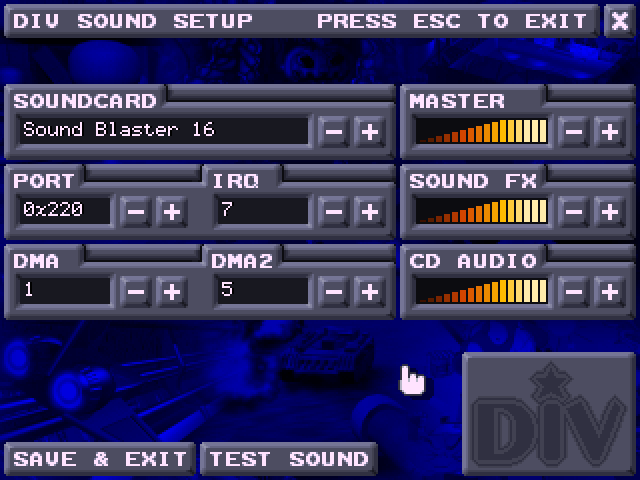 You drive a tank to complete a special mission, namely to destroy the new type of torpedoes, which are not launched from a submarine, but from a torpedo-house... You start out with a side view of a tank, at the left end of a long side-scrolling battlefield, and have to navigate your tank to the right end without touching any obstacles or being hit by enemy fire. The obstacles include exploding barrels, shallow ditches, narrow streams, turret-mounted cannons, and enemy tanks. Once you reach the middle of the screen, it starts scrolling with the progress of your tank, keeping you centered. The soft targets can be demolished with the machine gun, while the hard targets require the main gun. Firing the main gun is followed by a reloading time, during which you cannot fire it for a few seconds. The machine gun however can be fired with no interruptions, becoming the bane of all barrels. The movement of your tank is controlled by the cursor keys; moving sideways using the up/down keys, and accelerate right by holding down the right arrow key. You brake with the left arrow key, and fire machine gun and main gun with ctrl-key & space bar. The tank can only move forward on the field, not reverse, with sideways movements required to point your tanks fixed guns onto a target, or navigate a bridge. The tank cannot turn, instead it slides sideways while also moving forwards, so the challenge is to go slow enough that you can position the tank in line of your objective before getting too close and avoid possible return fire by quickly sliding sideways. Your tank is not very sturdy, unfortunately: it cannot touch any barrels, or it explodes. It cannot cross any ditches or streams, or it overturns without a bridge. Neither can it resist a single enemy round, so the main task is one of survival, not so much offence. While the enemy tanks have mastered the art of shallow ditch climbing, they still cannot turn/slide sideways, likewise as the fixed turret guns they always fire in one direction, so it is possible to evade even these somewhat mobile enemies.