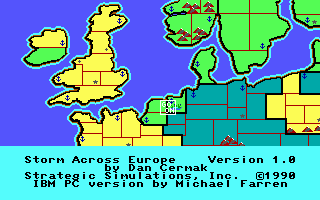 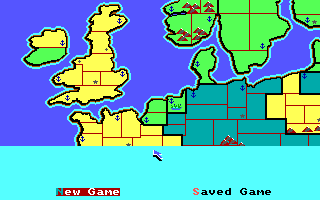 The game allows to simulate World War II in Europe on a grand strategic scale. The player controls land, sea and air action and has to manage limited resources for production and advanced research. There are 6 historical scenarios included in the game, and they are labelled after the turn that they start on, from Autumn '39 to Summer '44. A scenario builder can be brought into action for players wanting to change the starting situation. It allows for the modification of an area's terrain type, population or raw material points it contains. The player can transfer units or change the beginning levels of the major powers like research and reinforcement. Each game turn represents three months of action. The game map covers every part of the European conflict - from North Africa to Sweden, from Gibraltar to the Ural Mountains in Russia.