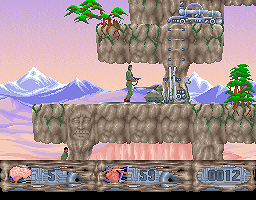 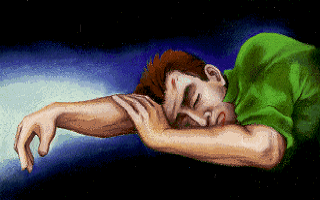 The game "Spy Master" is a side-scrolling platform shooter. The player directs the character of Charles Cat, CIA Special Agent known of the other L.K. Avalon game Saper. This time the goal is to destroy the neo-Nazi secret base in the Andes. The game consists of three stages: the jungle, secret base and laboratory. Agent uses the gun and explosives against hostile soldiers and tanks. Player can also destroy some of the elements of the environment, such as rocks and photocells. The controls are simple - apart from walking agent can only shoot, jump and climb.