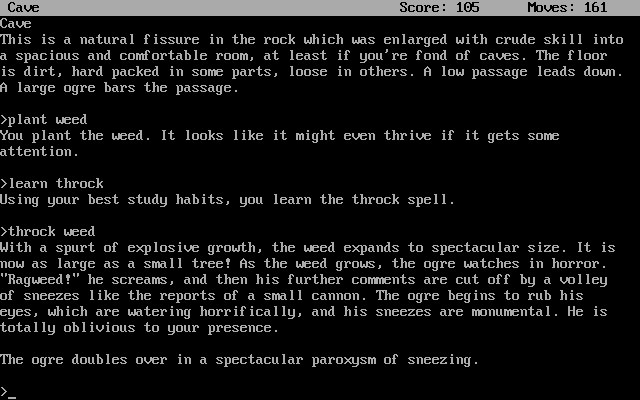 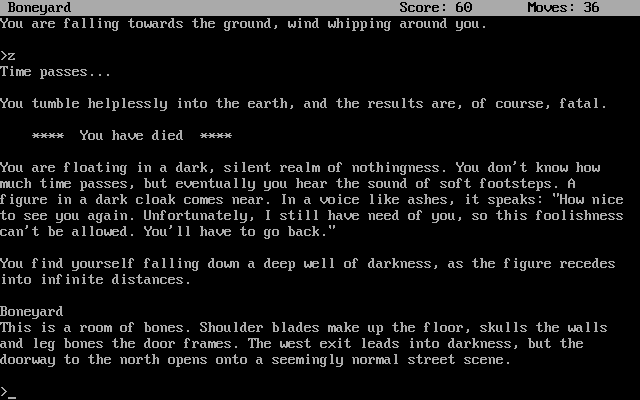 The head of the Circle of Enchanters is a brave hero, the same one who has defeated the evil Krill and solved the mystery of the Necromancer Belboz. However, now an even greater threat has appeared: the very foundations of the art of Magic seem to be failing! The Guilds organize a great assembly to discuss the alarming waning of Magic; suddenly, a mysterious shadowy figure casts a spell that transforms everyone to toads and newts - everyone but the intrepid leader of the Circle, who must commit his most heroic deeds yet, solving the hardest mystery of all. The concluding part of the Enchanter trilogy within the Zork universe, Spellbreaker is a sequel to Sorcerer. The game plays similarly to its predecessors, the player inputting text commands to interact with the game world and solve puzzles. The magic system is still present; however, spellcasting can fail now, due to the game's premise of the decline of magic. A new feature is the player's ability to name the objects the protagonist collects in the game. This ability becomes a necessity when the player is required to collect the identically-looking Cubes of Foundation, having to name them in order to differentiate between them.