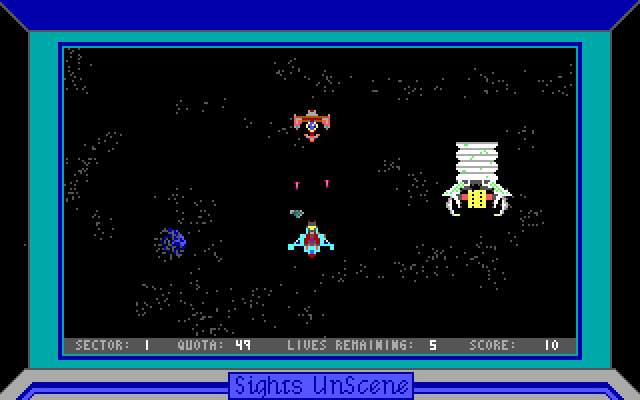 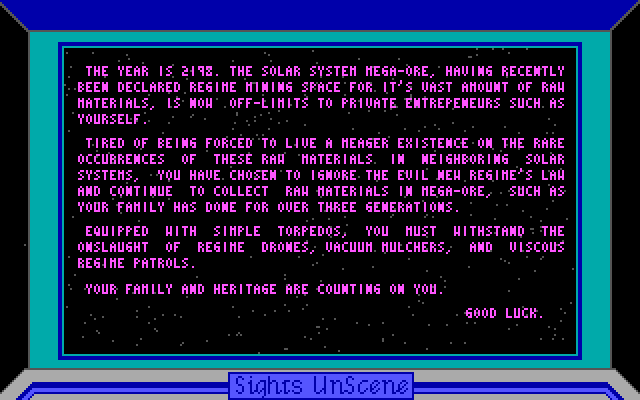 Space Miner is a single-player shareware top-down scrolling space shooter. The story behind this game is that the mega corporations of the future have declared regions of space containing mega-ore as being off-limits to private firms. The player takes the role of a third generation independent miner who chooses to mine the ore in restricted space. This sets the scene for a Galaxian -style game in which most, but not all of the nasties come down the screen intent on destroying the player's craft. While shooting the baddies the player must also collect the pieces of ore which flow down the screen.