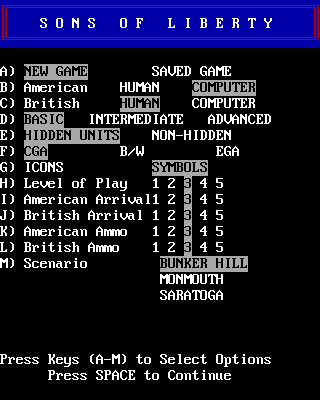 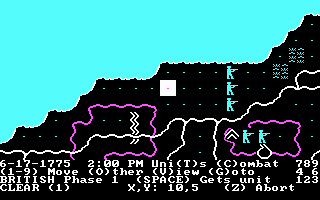 Three of the key battles of the American War of Independence are recreated here. The British army and American patriots can be played by either human or computer (with 3 skill levels). Each side's level of reinforcements and ammunition can be set on a 5-point scale. The smallest and shortest battle is Bunker Hill, while the Battle of Monmouth is distinguished by harsh weather, and Saratoga requires a different fighting style to the highly regimented one the British unsuccessfully used.