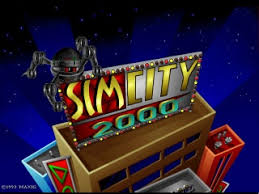 SimCity 2000 is a city-building simulation video game jointly developed by Will Wright and Fred Haslam of Maxis. It is the successor to SimCity Classic and was released for Apple Macintosh personal computers in 1993,[2] after which it was released on other platforms over the following years, such as the Sega Saturn and SNES game consoles in 1995 and the PlayStation in 1996.[3]

SimCity 2000 is played from an isometric perspective as opposed to the previous title, which was played from a top-down perspective. The objective of the game is to create a city, develop residential and industrial areas, build infrastructure and collect taxes for further development of the city. Importance is put on increasing the standard of living of the population, maintaining a balance between the different sectors, and monitoring the region’s environmental situation to prevent the settlement from declining and going bankrupt, as extreme deficit spending gets a game over.[4]

SimCity 2000 was critically praised for its vibrant and detailed graphics, improved control menu, gameplay and music. An approximate total of 4.23 million copies of SimCity 2000 have been sold, mainly in the United States, Europe and Japan. While its predecessor pioneered the city-building genre of video games, SimCity 2000 would become the model upon which subsequent urban simulators would be based over the course of the next decade.