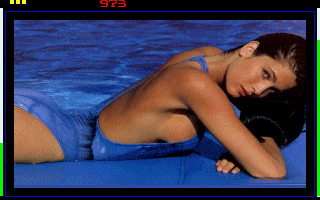 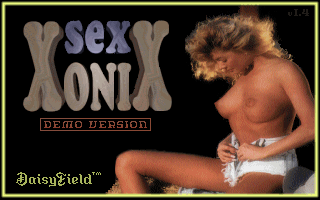 XoniX games are generally a spin off from Taito's Qix , in which the player traces outlines on a flat playfield, avoiding being touched by enemies while vulnerable tracing, and tries to close off complete rectangular portions of the screen. Early versions would "fill in" completely-traced areas with geometric patterns, but sooner or later some cloner would hit on the notion that there are some background images players would find even more pleasant -- here, as you might have guessed by the game's name, what the player gradually reveals are images of attractive women in compromising positions.