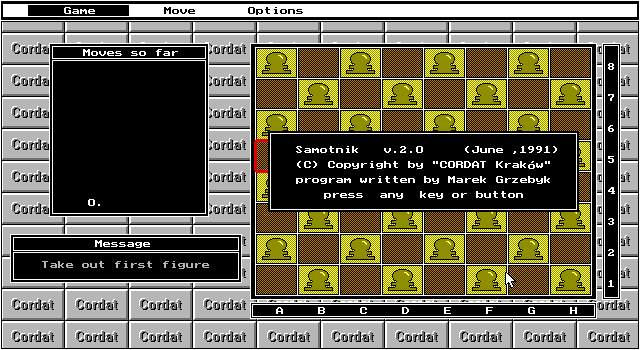 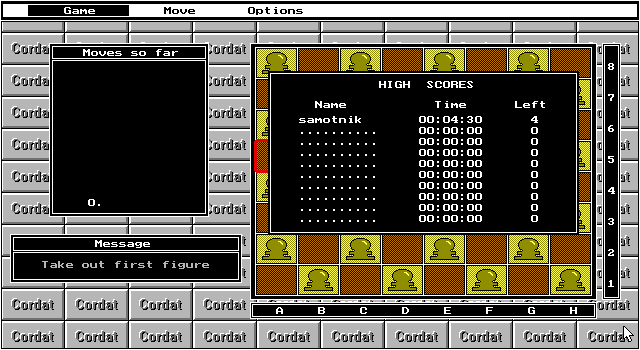 Samotnik is an adaptation of the Peg Solitaire board game. The action takes place on a standard 8x8 chessboard of 32 figures set in all areas of the same color. All figures are the same. The main task is to remove all of the figures, with the exception of one. Hitting a pawn, as in checkers, involves skipping the whipped figure diagonally. It is possible to capture only one pawn in one movement. The first movement is based solely on any figure you choose to be removed. Hitting also allows moving pawns. The game ends when there is no possibility of movement. Victory occurs when the board only holds one figure. The program stores all the moves made ​​since the beginning of the game. It is possible to undo the move and replay the entire game.