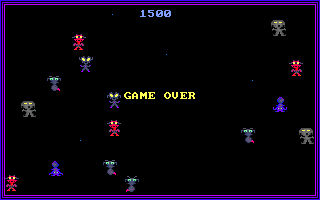 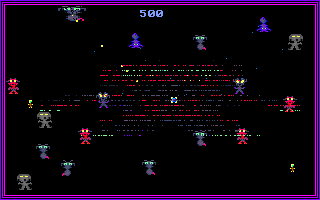 Roboto is a single-player shareware game, similar to Robotron 2084. The object of this keyboard controlled shooter game is to stay alive while surrounded by baddies. The game starts with the player's character in the centre of the screen. Baddies warp into the game area in random positions and the player must shoot them all before they are shot or caught. The game is keyboard controlled with eight keys for the left hand to aim with and eight keys for the right hand to move the character, the spacebar fires the weapon. The shareware version has twenty-four levels, registered version has over one hundred levels plus a high score table and Sound Blaster support.