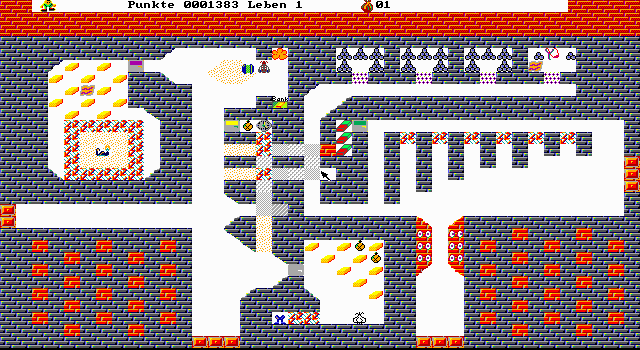 Robot Junior is a freeware episode of the Game of Robot series. It was released after the second game, in order to introduce new players to the series. As in every Robot game, the player has to explore the screens and solve the numerous puzzles they contain. In Robot Junior the aim is to find all the keys scattered across the 12 scenes, which are needed to get to the big treasure.