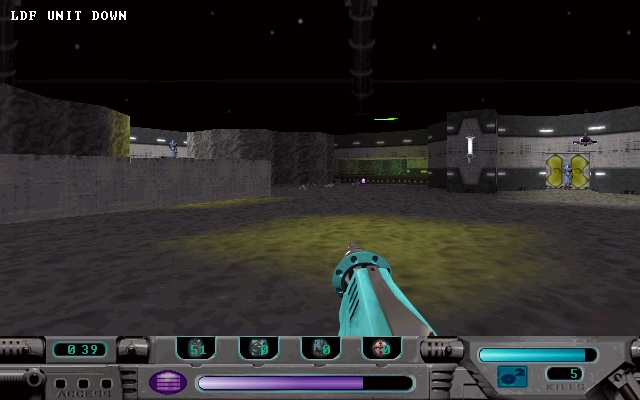 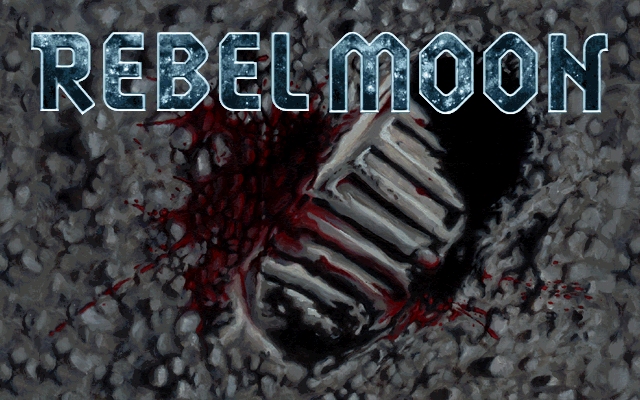 Rebel Moon is a first-person shooter bundled exclusively with the Creative Labs 3D Blaster PCI or VLB 2D/3D accelerators. The game is only compatible with a video card utilizing the Rendition Verite 1000 Chipset. The game takes place in the middle of the twenty-first century as rebels of the Lunar Defense Force (LDF) prepare to wage a war of independence for the moon throughout twenty-some colonies settled there. For decades, the lunar colonists had felt oppressed as they began to hold less and less sway in trade policies and executive decisions carried out for them on the behalf of the Earth. Though their numbers and armaments small, the beleaguered lunar colonists had finally reached their breaking point, and declared themselves independent of the Earth. The United Nations, who had assumed total power over the lunar colonies, was furious and desperate at the development. The lunar colonies were absolutely necessary to feeding of the citizens of Earth, and due to this the United Nations could not possibly stand to accept anything but total victory over the Lunar Defense Force. However the LDF does not plan to lose: To them, they are fighting for their homeland and plan to defend it at all costs. That is where you come in... The game features many different styles of mission goals: objectives ranging from sabotage (where the player must find and destroy enemy infrastructure), seek-and-destroy (where the player and other LDF soldiers must eliminate an enemy stronghold), and even defense missions (where the player and an allotment of LDF soldiers must successfully defend a Rebel objective). Depending on the type of mission, the player will be allotted a specific number of LDF soldiers in reserve to back up the player's main force. Managing the numbers of those reserve soldiers could spell victory or disaster in some missions. The player has a large arsenal of futuristic weapons at his/her disposal, ranging from laser pistols to chain-fed rail-guns and plasma rifles.