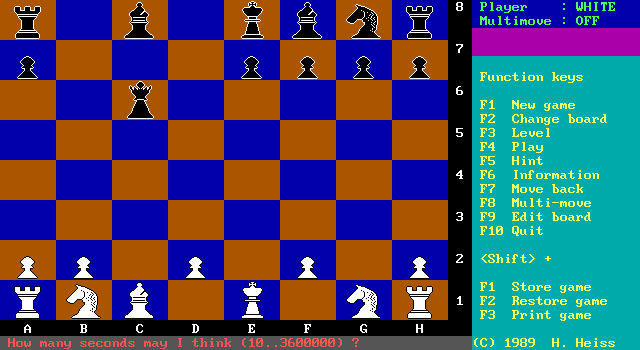 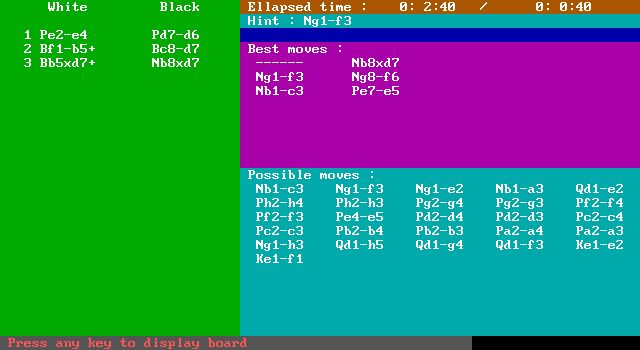 PowerChess is a single player shareware chess program that runs in DOS. It is entirely keyboard operated; the arrow keys are used to move a cursor around the board. Once this has been placed over the required piece the Enter key is used to select that piece and the arrow keys move a second cursor to the position to which the piece is to be relocated. The Enter key is then used to complete the move. PowerChess uses standard international chess rules such as en'passant and 50 move drawing rule among others. It allows the player to set up positions and to save games to be played / replayed at any time. Other features include a ten game library of chess problems, the ability to print the current game and a hint function.