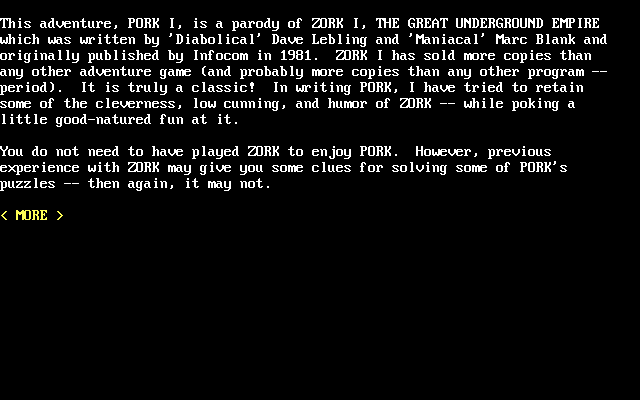 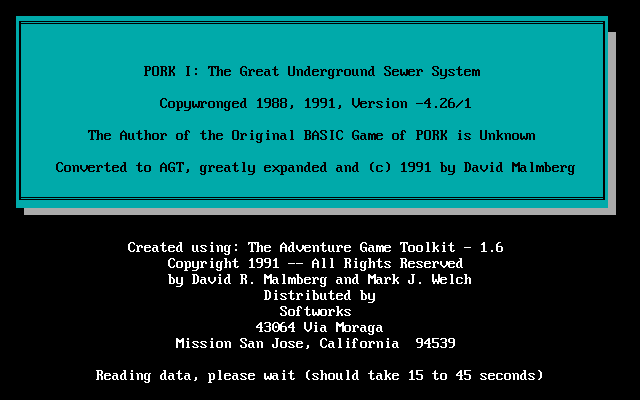 Pork I: The Great Underground Sewer System is a single player, text adventure. It is a parody of the classic adventure game Zork: The Great Underground Empire. As with Zork the player starts the game near a house where there's a mailbox. Unlike Zork this mailbox has been vandalised. From here the player explores the game collecting treasures which are placed in the vault of the house. The player must find all thirteen treasures to complete the game during which they will explore sixty-four locations and can score a maximum of one hundred and sixty points. The game has no graphics, no sound but it does have a save/load feature and a resurrect feature. The test version of the game was released with a full solution.