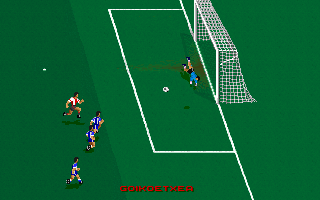 PC Fútbol 3.0 is the sequel to PC Fútbol (already acknowledged by Dinamic as PC Fútbol 2.0). It includes an updating of each of the aspects of the game according to the 1994/95 season of the Spanish Primera División, including database, line-ups, team information and such. But not just that. This edition was specially "revolutionary" as it was the first of the series to allow you to buy players from other teams, and also to let you continue playing one season after another, to test if you can get a better position having different players from the start.