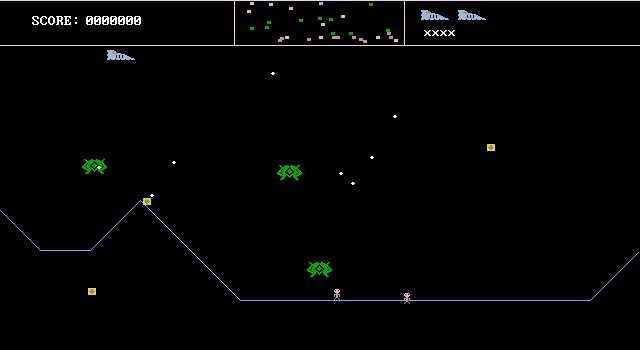 PC-Fender is a Public Domain version of the classic Defender. As with the original game and most of its clones it is a side-scrolling game in which the player flies a spaceship through a tunnel. The ship can fly left or right and the objective is to destroy all the alien ships and rescue the people that are being abducted. When a level is completed the player moves on to the next and continues until either all levels have been played or they exhaust all their available lives. Weapons include a forward firing gun, a smart bomb that clears all enemies from the screen, and a hyperspace jump that relocates the ship to another part of the game. The game is entirely keyboard controlled and the keys cannot be reassigned. There is no save feature.