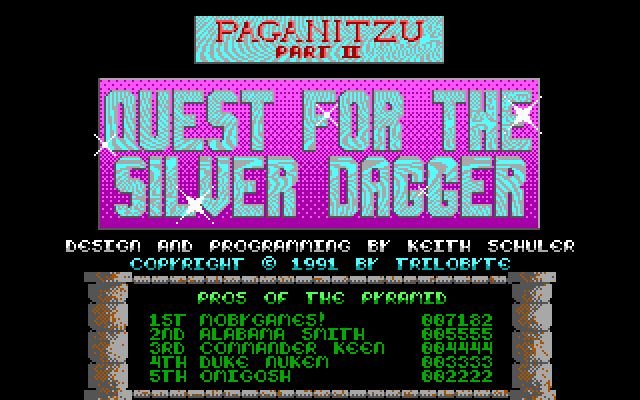 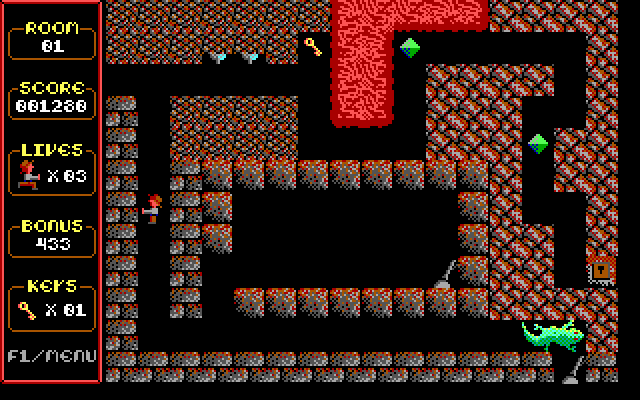 Paganitzu is a puzzle game with action elements. Help the hero, Alabama Smith, go through rooms of puzzles and traps to find treasure and a way out. The game consists of three episodes, each with many rooms. The episodes are: Episode One: Romancing The Rose Episode Two: Quest For The Silver dagger Episode Three: Jewel Of The Yucatan Each room is a puzzle in which the hero must collect gems, for points, and keys, to unlock the exit door, while avoiding nasties such as snakes and spiders. There are also boulders to be both moved and traps to be avoided. Bonus points are awarded for finding secret areas and for speedy completion. Episode One was released as shareware while the other two episodes were purchased together or separately. The player could also, for an additional fee, purchase the sixty page game solution which allegedly answers such questions as "How do I become bald in Episode One?", and "Where is the Emerald City?". The game also has many built in cheat codes which were available on purchase or on request.