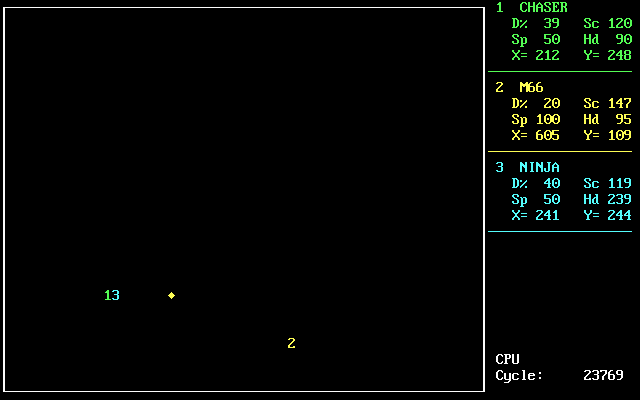 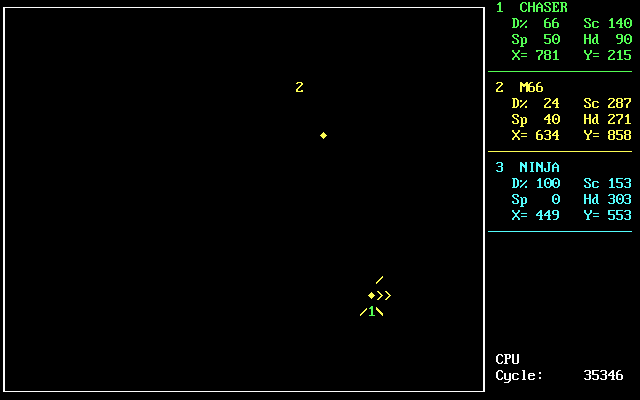 P-ROBOTS is a game based on computer programming in PASCAL. The concept and framework was inspired by C-ROBOTS (the same concept, except using the C language). The object of the game is to design and program a robot that can triumph over similar robots designed and programmed by others in a real-time battle of wits and flying missiles. The player controls the robot by writing a procedure in PASCAL to specify the robot's behavior and strategy in its efforts to vanquish up to three other robots in a battle to the death. A variety of pre-defined P-ROBOTS PASCAL functions and procedures allow your robot to track its position on the battlefield, monitor its health or damage condition, and calculate the distance and angle to opponents from its current battlefield position. Each robot is equipped with a cannon to fire missiles and a motorized drive mechanism to either close in for the kill of a hapless opponent or flee from a fierce foe. Optionally, robots may be equipped with bombs, a repair kit, different types of armor and warheads, a deflection shield, and/or a cloaking device.