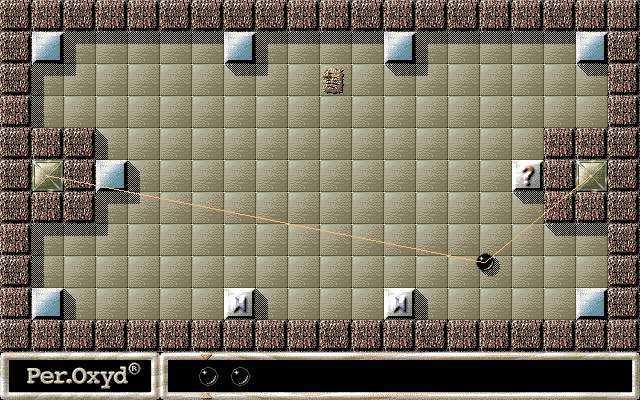 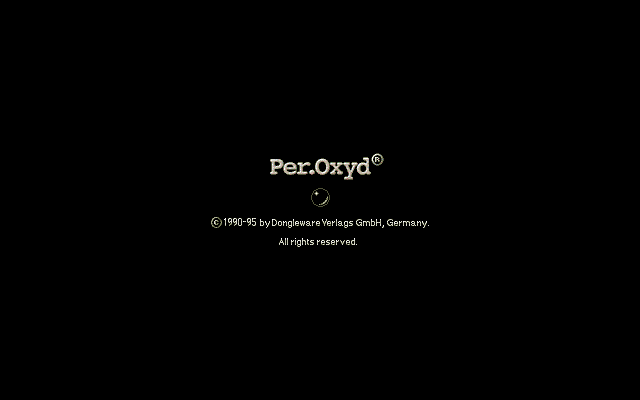 Oxyd 2 is the successor of Oxyd, taking the basic gameplay of this game and extending it with new features. The goal in Oxyd 2 is to open all the „Oxyd“ stones. These stones reveal symbols if touched and of each symbol there are two stones containing it. Opening the pair of stones of a symbol without touching another stone, both of them remain open. If all stones are opened, the level is finished. But, as the game contains a sophisticated physics simulation, there are many things making this difficult, like gravity, magnetism and others. Some stones or stone rows must be pushed out of the way (think Sokoban). There are new kind of stones and effects, like ropes connected to your ball pulling it in the direction of the ropes end. There are 100 levels for single players. Two computers can be connected by either Midi or serial cable and there are another 100 levels for playing with two players in the local network. The game disk itself can be freely distributed and contains the complete game. After level 10 there are stones which require a code, which is only available in the game book, which could be bought at Dongleware.