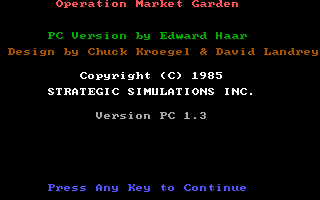 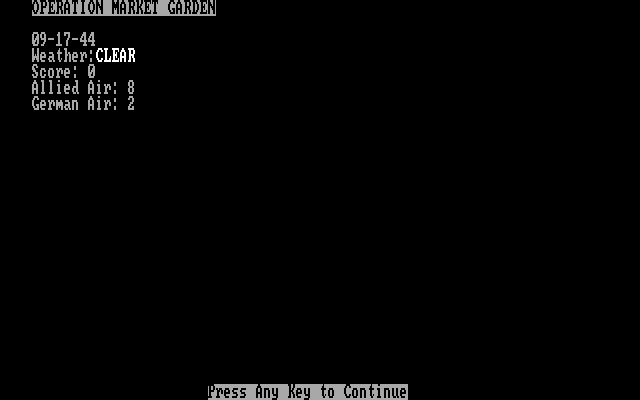 Operation Market Garden is a recreation of the largest daylight airborne operation in history on September 17, 1944. As commander of the Allied forces you will direct the American 82nd and 101st Airborne Divisions, the British 1st Airborne Division and the 30th Corps to their historical objectives. The Allied player earns points for controlling and keeping supply objective hexes. They lose points for overrun airborne supply hexes and German controlled town/city hexes. The level of victory (5 levels) is determined by Allied points at the end of the game. The game can be played by 2 people or solitaire (computer as German), has four levels of difficulty and can be played as either intermediate level or advanced. Playing time is 10 hours.