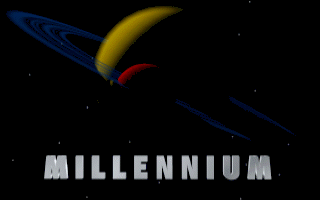 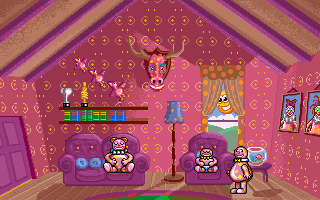 Basically a remake of the SNES game Super Troll Islands, but superficially incorporating TV character Mr Blobby, who was famous for crushing people and shouting "Blobbitty Blobbitty Blobby" or words to that effect, neither of which he does in the game. It's essentially a platform game, but the 60 levels are reliant on you colouring in enough of the screen, by walking over it. Power ups are on offer, and the levels include some interesting design features, including ladders, spikes and springs to bounce off. You can switch between the 3 characters (Mr Blobby, Mrs Blobby and Baby Blobby) at any point, and only lose once all 3 are out of lives. There are plenty of bad guys around, all looking identical and following pre-programmed attack paths.