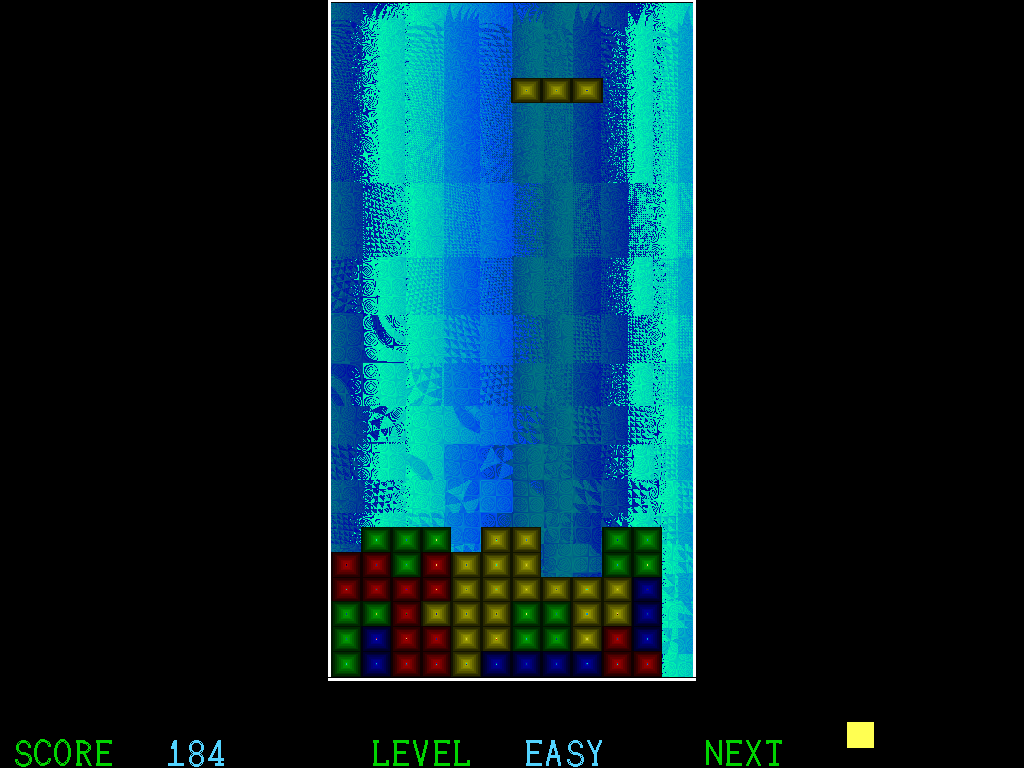 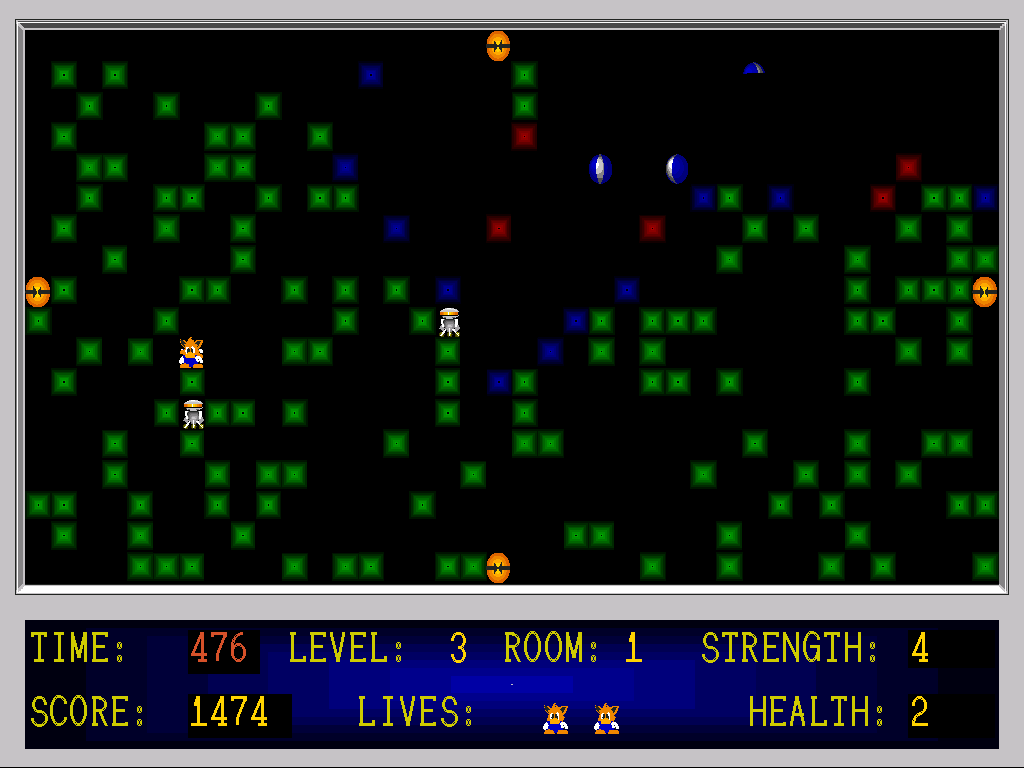 In a move that makes the in-game options menu as formidable and labyrinthine as the trademark Moraffware selection of video modes, Tempt-Tris not only packs two different games in one, but also provides two separate variants of each sub-game, and then a selection of options and play modes for each sub-sub-game. Included are the following: Tempt-Tris - a variant of Tetris, where you rotate and place falling blocks to fill up and eliminate horizontal rows. Features 9 different selectable field sizes, three difficulty levels, and both one-player and two-player modes. It's not all about the tetraminos, either - higher levels will throw increasingly outlandish block shapes at you. The two-player mode is simultaneous: two blocks drop at a time (one for each player to control), and stack up on the same pile. Centris - As above, but here the blocks don't fall down: they emerge at the center of the field, and can be stacked on any side. Each piece must be placed within a time limit. Both rows and columns will be eliminated when completed, and the existing pile on that side will "drop" away from the center of the screen. Centris inherits Tempt-Tris 's choice of game options (as well as its penchant for loud, palette-cycling backgrounds). Blocxade - a trap-'em-up action game: each level has four rooms, littered with pushable square blocks (which provide the only tie-in with Tempt-Tris, however tenuous). Among them cavort killer robots, which must be trapped by surrounding and then squishing them with blocks. Collect strength powerups, and you'll be able to shove more blocks at a time. Non-robotic annoyances include bouncing balls that weaken and destroy blocks, and demons and fireballs that take away health and lives. Logicade - a variation on Blocxade, which doesn't actually involve any more (or less) logic. There's only a single room per level, and only robot enemies to contend with, though their numbers increase more rapidly as you progress. Otherwise, the rules are identical to Blocxade.