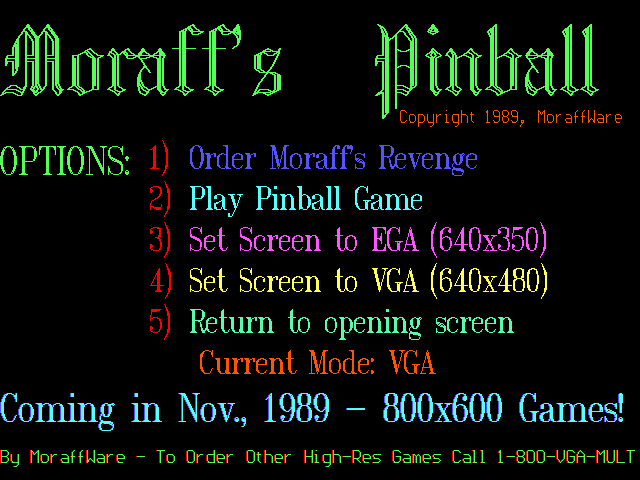 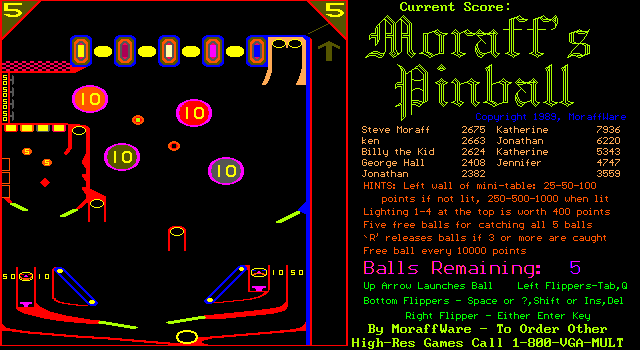 Moraff's Pinball is a single player, shareware pinball game that is entirely keyboard controlled. This is not a simulation of a real table is an early, low budget game of its type where everything is displayed on a single screen. The VGA table occupies a square in the lower left of the screen and above it there are helpful messages such as 'Light A,B,C,and D to release ball'. Over on the left of the screen is the current score game's name, high score table, a reminder of the action keys and the number of balls remaining. The player has five balls per game but if all trapped balls are released there could be as many as five balls in play at a time. The author claims it is the first game ever to support VGA in high resolution 640x480 sixteen colour mode, it also has an EGA mode which displays a slightly smaller screen and a little less information.