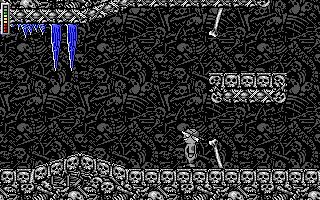 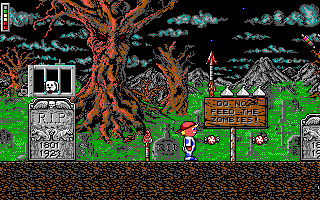 The evil Count Chuck has kidnapped all the world's animals in order to turn them into soldiers in his dark army. Johnny Dash's dog, Tex, has been captured along with the other animals, and it's up to him to enter the Night World and save him! You use a slingshot to combat the ghastly enemies, which include skeletons, zombies, and severed hands. You can collect power-ups to increase your slingshot's power (only for a limited number of shots, however), candy for bonus points, hearts for health, and Johnny-shaped voodoo dolls for extra lives. On each level, you must find all the animals in cages and shoot the lock on their cages, freeing them. Only then will the exit to the next level open. At the end of each of the three episodes, a boss awaits.