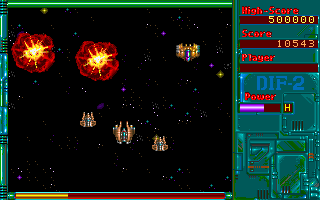 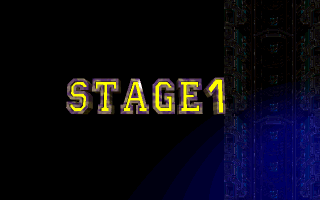 Mirage Thunder is a top-down vertical scrolling shooter in which player controls a spaceship that flies through complex formations of emerging enemies in space. There is a wide array of weapons and power-ups available, including various guns, lasers, energy blasts, missiles, and satellite drones that aid shooting and can be rotated manually around the plane as player wants them to. Enemies try to both crash into player's spaceship or shoot various missiles to deal the damage. Successful kill of a wave of enemies typically yields a power-up. There are usually several huge boss enemies in each stage. The game shares the same engine with the developer's previous vertical shooter Dawn Raider.