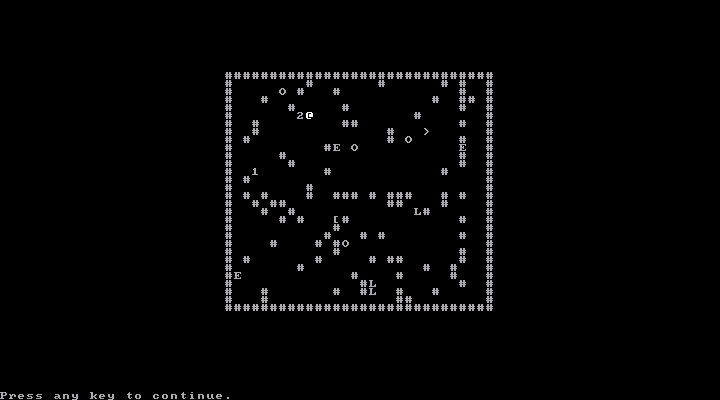 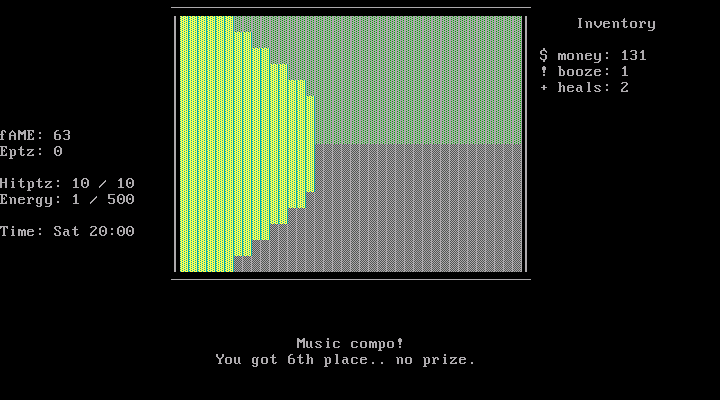 Mazzembly 1997 receives an extra dimension in this extended tribute remake, which still stars aspiring demoscener Demulamu as he tours the "virtual reality demo party", trying to accumulate eliteness and fame on his path to scene g0dhood. His escapades now take the form of a 3D dungeon crawler, where the randomly-generated levels are experienced from a first-person view; climbing up the ranks will involve wandering around, interacting, finding/buying/using items, participating in party events, and/or resorting to violence (booze optional). The typical scenedudes still infest the party place - lamers, elites, and organizers, now joined by traders, reporters, and the dreaded Q-Bitches. There's a new Energy stat (rechargable by sleeping or eating), which will determine your combat prowess, and some more pathways to notoriety: for instance, collected hard drives can now be used to submit compo entries for money prizes and fame. Money can also buy food, drink, maps, radar equipment and even heavy weaponry; boozing may result in harsh disciplinary action, but (of course) makes you more ELiTE. Your goal is to build up as much fame as you can before the end of the party... or die trying!