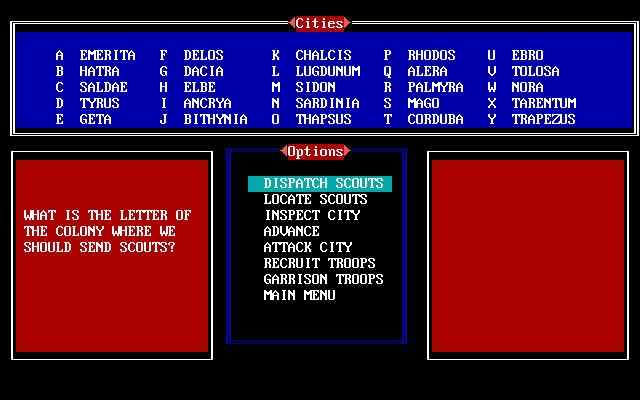 Maximus is a single-player, shareware, empire building game set in the days of the Roman empire. The game documentation says that this is a hybrid game part war game, part trading game, part role-playing adventure. The player takes the role of a Roman Quaestor who runs a city and has troops under their command. They must trade, construct buildings, build up their power base and their army and conquer twenty cities bringing them into the Roman empire. The game is entirely keyboard controlled. It has save / load feature but no sound and no animated graphics.