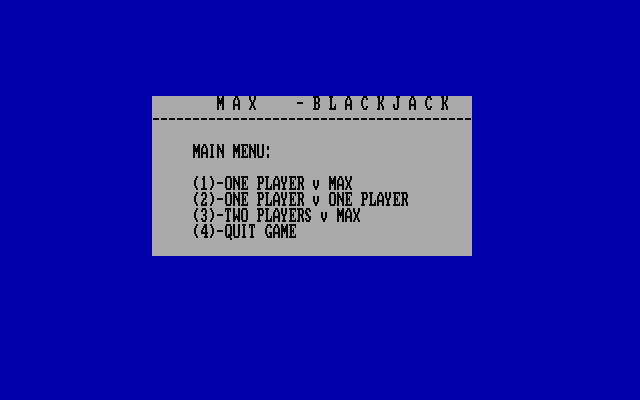 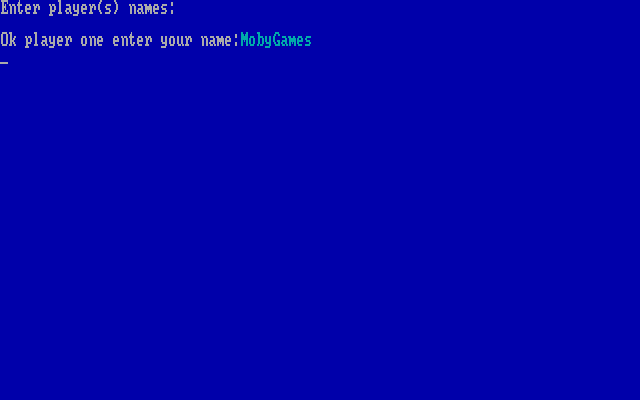 This blackjack game may either be played against the computer, against another human rival, or (in a three-player game) against both of them simultaneously. In contrast to most implementations (which reproduce the concept of playing in a casino), here the computer doesn't take on the dealer's role -- rather, it takes its own chances at the table and places bets out of its own wad of cash. Each contender starts out with $100. The player with the best hand wins the round, and the bout continues until only one is left standing. While a hand is played, it's possible to hit, stand or even raise the stakes(!); another quirk is the somewhat peculiar deck of cards: aces are always high (11 points), but there are two unorthodox additions in the form of '1' and '0' cards.