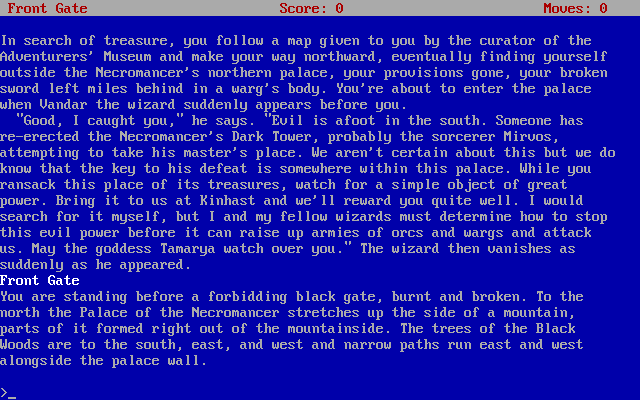 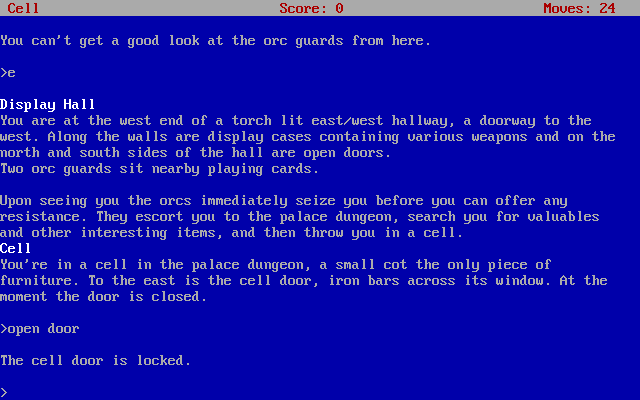 After finishing part I, the player received a map which leads to a palace full of treasure. However, this is no ordinary palace: it once belonged to an evil necromancer who tried taking over the world 150 years ago. In front of the palace, the wizard Vandard appears who has an important task for the player: finding something inside the palace which can defeat the sorcerer Mirvos who took over the Necromancer's tower. In order to win the game, the player needs to solve puzzles by collecting items (the inventory can hold six) and entering commands into the parser. It supports most commands and abbreviations found in Zork. Like in those classic adventure games, the player can die and render the game unwinnable with certain moves. Resource management includes thirst, hunger, air (when underwater) and lamp power. This game is second part of the Legacy of the Necromancer series. Although all three parts were released simultaneously and share the same gameplay mechanics, they could be purchased and played individually.