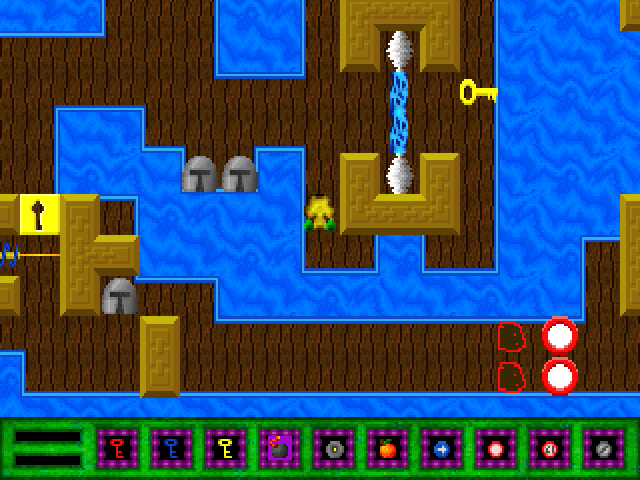 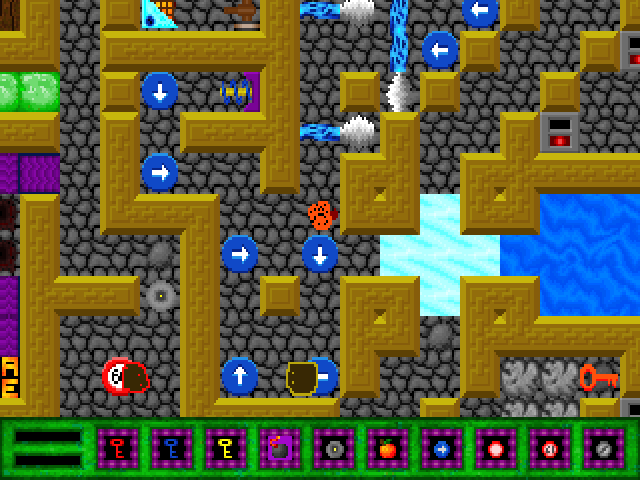 Krkal 1 is a puzzle action top-down DOS game from 1997. It is in Czech language only and today it can be played under DOSBox. You’ll try to control one of three characters, you’ll help them overcome all obstacles and make them to the exit. The game is based on these obstacles (game objects) - they are various, their volume is large and they mutually complement each other. You will need quick fingers, as well as a sharp mind, since in later levels the game gets hard! In Krkal 1 you’ll find for example traditional keys and locks, conveyor belts, ice, explosives, monsters, switches, mirror directed lasers, magnets and much, much more. Thanks to this the game can offer highly various levels. The game also contains levels editor. Krkal was inspired by Robbo, Boulder Dash, Supaplex or Sokoban.