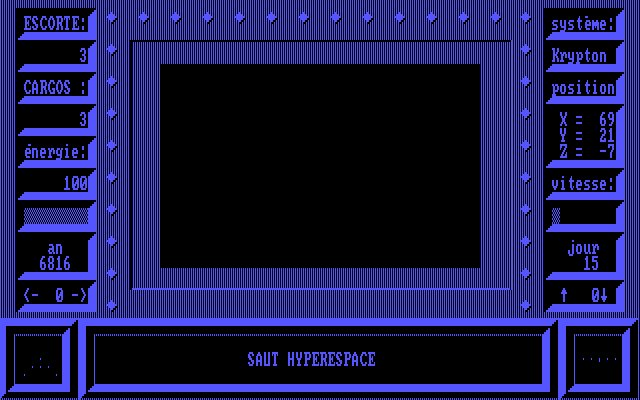 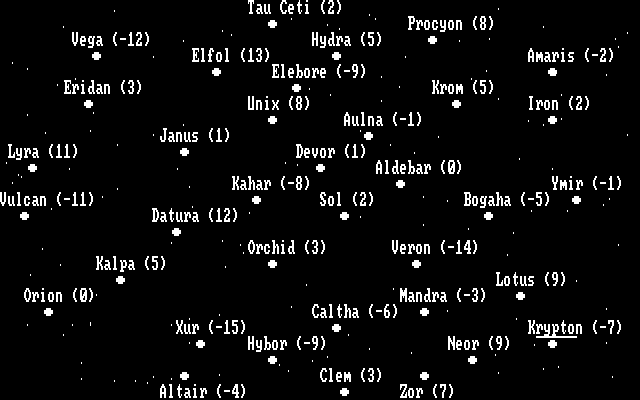 It is the seventh millennium; the Earth is devastated, after centuries of war and multiple nuclear winters that caused a succession of ice ages. Sounds bad? It gets worse: the extreme irradiation has mutated the species, splitting it into four sub-races barely recognizable as human. Escaping the inhospitable Earth, the factions have established themselves on other planets. A brave new chapter in history unfolds amongst the stars, as mankind begins to play out its potential upon the vast galactic stage: finally, there's enough room to really get serious with maiming, killing and destroying. Kristor puts the player in command of one of the four factions. Expansion and survival depend on a single vital factor: energy, which is produced by harvesting mineral resources. These come in three varieties (kristor, magnetronium and plasma) scattered throughout the various star systems in the quadrant. Stars may be explored (to prospect for minerals) by sending out unmanned probes; full-scale squadrons can then be launched to claim the system and install a mining unit. The other three powers don't sit idly by - resources are limited, and competition is fierce. Alliances are formed and dissolved, and battle may be joined when a squadron encounters enemy forces (resulting in a first-person, action-oriented fighting sequence). Construction of ships, probes and mining equipment can be planned and modified according to available energy. All game events are tracked in real time. The game comes with a cassette tape containing an audio recording, designed to be played in sync with the intro.