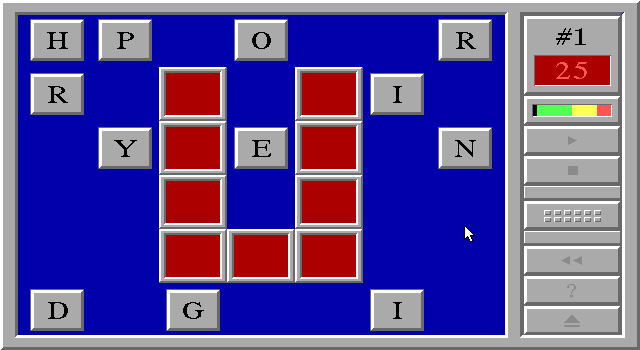 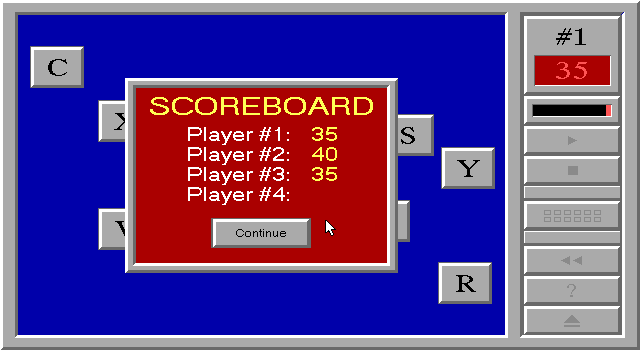 KrisKros is a turn based, shareware, word game for one to four players. The players are presented with a selection of lettered tiles and a grid into which these tiles must be placed to form words. The players take turns, each ninety seconds long, to enter their words into the grid. When one grid has been completed they may choose to attempts another or to stop. Words entered successfully up to the point where the player stops add to their score, however if a player is still working on a puzzle when the time expires they score nothing for that round. The game concludes when one player has scored more than five hundred points, at the end of that round the player with the most points wins. The game has its own dictionary of around seven thousand words which cannot be edited. It is played entirely with the mouse.