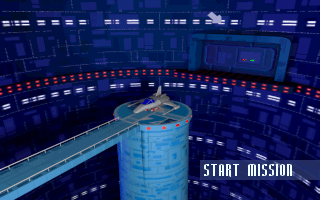 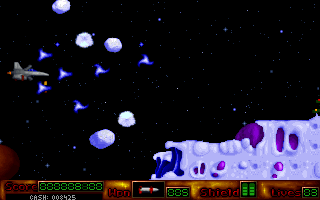 Interpose X-mas Greetings is a special Christmas-themed edition of Interpose. It features the same gameplay mechanics, but the backgrounds and enemies have a distinct Christmas flavour. According to the story, the evil scientist Atnas Sualc (an obvious case of Sdrawkcab Name) has created an army of robotic Santas and Reindeers, which he unleashes on the North Pole in order to disrupt the distribution of Christmas presents. The player's task is to stop the villain and this army before they reach Santa's polar home. Apart from the Christmas theme, the game functions similar to the shareware version of Interpose, including ordering information and a preview of the full game.